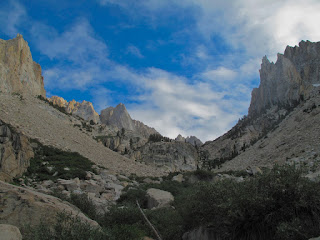 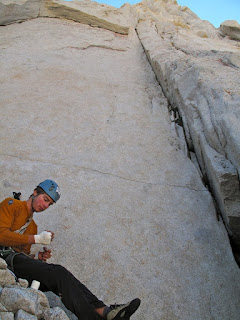 Tapin' for the Polish Route 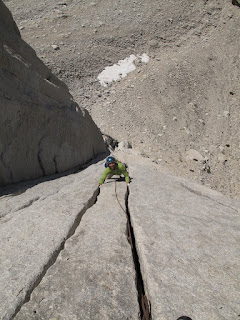 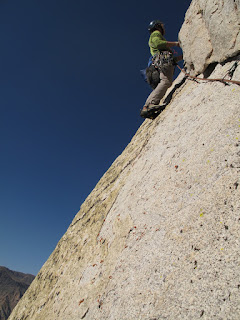 Tim leads high on The Hulk 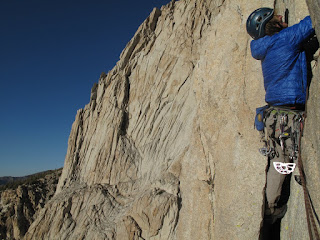 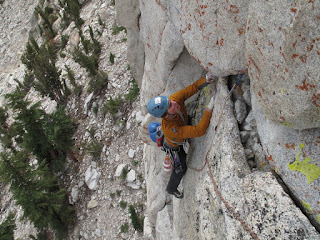 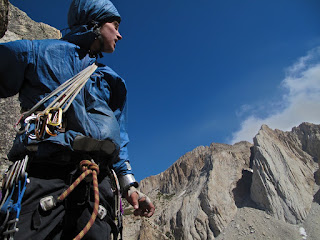 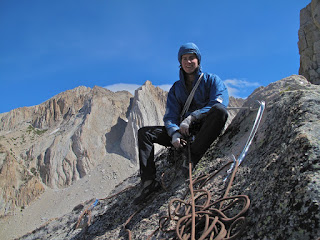 Tip of Outguard Spire
Amped for his first mission to the Incredible Hulk, Tim Dittman met me in Bridgeport, CA, one of the Eastside's many Republican strongholds. After wandering through the Twin Lakes RV city, the beaten path passed quickly beneath our feet. Returning to Little Slide always gets me fired up; this magical narrow canyon has some of the best granito anywhere!
Our mission for the day is the Polish Route, rumored to have excellent wide climbing on the left side of the Incredible Hulk. As usual, the Hulk did not disappoint, this route is amazing! The twin splitter cracks visible from afar were the highlight, two cracks to jam! After "finishing" the route on the large ledge below the ridgeline, we contemplated our options.
Continue up the ridge? Daylight fading...no.
Rappel into the gully to the North? Looks chossy and not so fun.
Rappel the unknown route to the left, hoping Peter Croft had a 70m rope as well. Yes!
The rappels down Blowhard went great, Croft did have a 70...
Except for one stuck rope, which Tim retrieved quickly.
The next day dawned cool and windy as a cold front moved into the area. As we lay in our bags it was pretty obvious Positive Vibes would be a full on Patagonian style sacrifice to the wind god, which we weren't into at the time. So, we headed down valley to Outguard Spire a really neat looking tower with a reported great route on the E. Face. The climbing was grand, really fun, and stimulating! The clouds swirled around us, occasionally gathering enough force to snow and quicken our pace. We summited in a calm moment and enjoyed the views of northern Yosemite's granite landscape.
After another great Little Slide trip, Tim and I are both really stoked to get back, for there is always more to do in this special spot of the world!
Posted by Neil Kauffman at 8:11 AM 2 comments:

Alex Stroud and I recently climbed the West Face of the Enclosure, a sub-peak of the Grand Teton, WY. We left the Valhalla traverse soon after the Black Rock and began traversing the West Face. 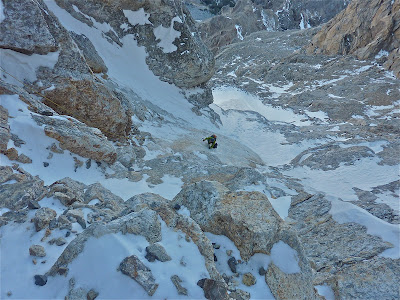 (Vallhalla Traverse is visible 1000 ft. below Alex)
Soon after a low pressure system moved through the Tetons, we headed to the Lower Saddle which is located at the top of Garnet Canyon. The melt-freeze cycle was in full effect and we enjoyed lots of sun on the hike in. The South-facing rock was completely dry, however, the North and West aspects had become vertical winter playgrounds! 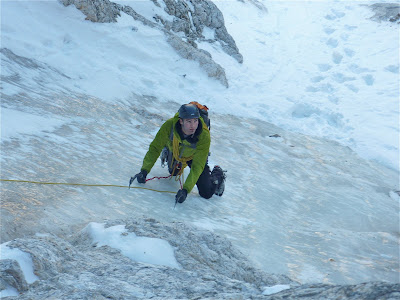 Our rack included a set of Camalots to #2, 1 set of stoppers, 4 express ice screws, two tools, and horizontal front-point crampons. I placed 14 ice screws on the West face. 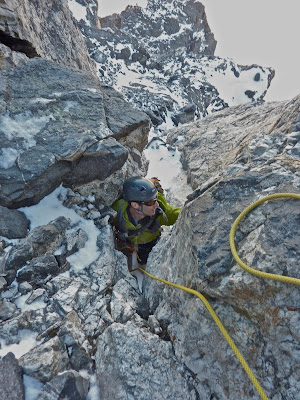 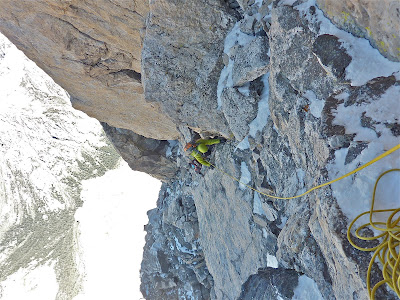 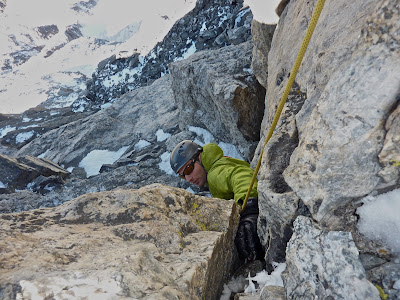 Alex exits an awkward squeeze onto the Enclosure summit ridge. 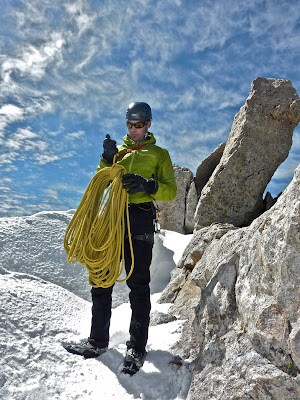 Cumbre a muerte!
Posted by Joel Kauffman at 11:21 AM 2 comments: 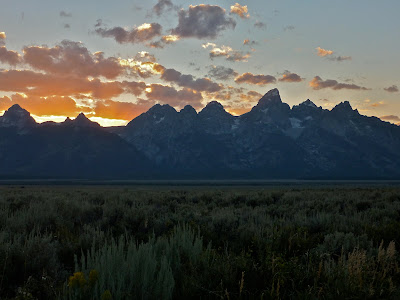 The Teton Range at Sunset 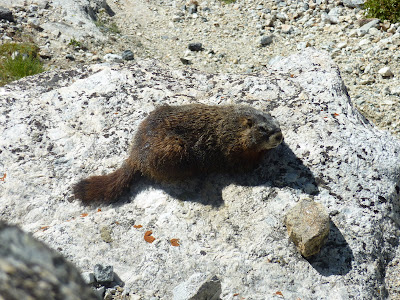 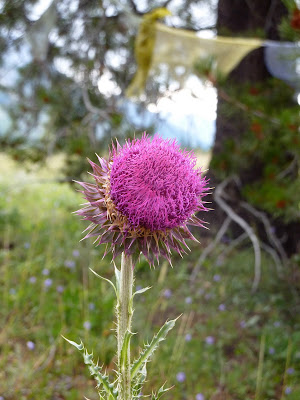 Some invasive plants are best viewed from afar, like this thistle in Lupine Meadows.
Posted by Joel Kauffman at 9:30 AM No comments: