Season of the Monkeys 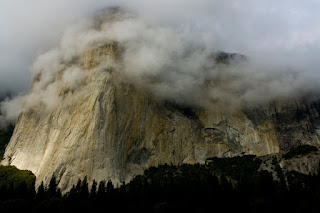 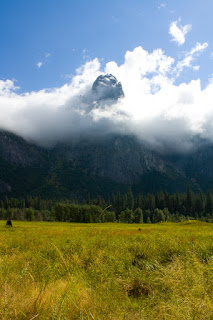 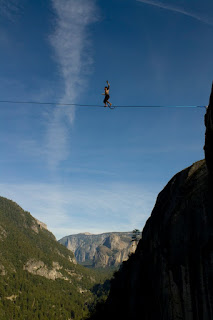 AJ on the Rostrum Highline 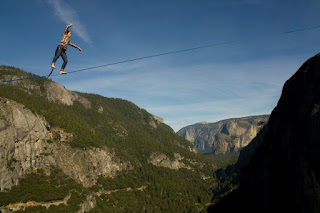 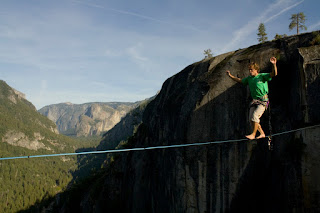 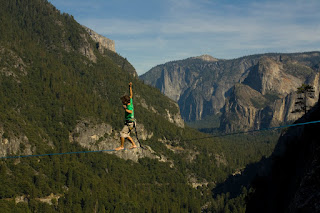 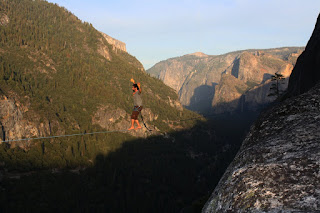 AJ walks at Sunset
October brings sun, rain, and monkeys to Yosemite Valley Cali. Its been a blast sharing tales and laughter with many, many friends in this great gathering ground. After nearly a week of drizzle and downpour, inevitably the sun returned to the stone, and psyche was high throughout the Valley. Rappelling Border Country with Cody Simms, we counted over 25 separate headlamps on The Cap'n! The seam between sky and wall blurred as the lights mimicked the stars. Border Country is a classic climb on the right side of Middle Cathedral. We're grateful for the many hours put into equipping this stellar line by the FA team: Mikey Shaefer, Dana Drummond, and Cory Richards. After six pitches of fun 5.10ish climbing, the headwall rears up, providing four more pitches of delicate face climbing interspersed with fun orange jugs reminiscent of the Tuolumne Meadows rock. Go do it!!
My good friend Peter Thompson showed up on the scene ready to do some of Yosemite's famous highlines. Highlining is an offshoot of slacklining where one walks a tensioned piece of webbing strung between two points, in this case HIGH off the deck!!! A harness and safety tether keeps the slacker alive should he lose balance and plummet. I went out with the crew and shot some awesome images of the Rostrum highline.
Later, jokester Colin Haley and I climbed the Rostrum Regular North Face in a very enjoyable outing. After doing this route two years ago with Joel, it was awesome to come back and remember those classy stacked cracks!
After finding a motivated partner, James from the UK, we went big on the Direct North Buttress of Middle Cathedral, a route infamous for its heady runout face climbing and potential for unplanned bivouacs. The climb was excellent! Only a few sections of heads up climbing, pitch after pitch of glorious rock, and hundreds of feet of chimneys to cap it off. We started the route with Mikey Shaefer and Kelley Cordes, having a fabulous time of it and practicing our best "proper English, mate". And then, Kelley dislocated his shoulder on a tough roof traverse!! It wasn't going back in, so they quickly bailed...we were totally "gutted" for him. James and I finished the route as darkness fell and found the notorious Kat Walk, a hyper-exposed 4th class traverse across the upper wall of Middle Cathedral. Perhaps it was better not to see the 1500+ feet of air beneath our feet as we grabbed trees, bushes, and rock, gingerly making our way by torch and giving a few "meows" now and then. The monkeys on the Cap'n surely saw our path as they went off with a cacophony of calls to which we whimsically wailed in reply! The descent went way smoother than we were expecting and made it back to the car quickly, about 12 hours car to car, yeah!
With another blitz of rain on the radar, it was time to make my exodus before Tioga Pass closed shutting off contact with the East Side of the Sierra. My travels continue into the great Colorado Plateau, switching medium from granite to sandstone...
Posted by Neil Kauffman at 12:39 PM 1 comment:

Jared and I arrived in Kathmandu on Oct. 7, after a 17 hour flight from LA to Thailand and another 3 hour flight here. What a TRIP it's been so far!! I watched 7 movies on the flight over and stepped off the plane in another Universe. This is definately the third world!!!

Highlights include checking out the 2500 year old Bhuddist Stupas. Hannuman (the Monkey diety) has an especially colorful temple with lots of prayer flags and monkeys swinging from them. The approach entails 365 stairs, one for each day of the year, climbing through a jungle.
We have also enjoyed the company of Ben, Kevin, and Freddie who stayed with us at the Thorong Peak Guest House. Freddy, having spent weeks here reseaching his new book, showed us the Momo Shack and other Kathamandu off the beaten path offerings.

Our friend Nima Sherpa is helping us by securing our climbing permits for Lobuche East and Cholatse, flights to Lukla, a cook, and a couple porters. He is the best! Nima met us at the airport at 0700 where we commenced waiting to board a twin otter that will take us to the short and steep landing strip in Lukla. The billowing cumulus clouds prevented the visibility needed to make the flight safe. We prudently returned to Nima's for lunch and some needed reprieve from the hustling 3rd world lover that is Kathmandu.

We are looking forward to flying on the afternoon of the 11th and then begining the trek to Namche, a famous Sherpa village in the Khumbu. We are extra lucky to experience life on the other side of the world... ASIA!! What will the mountains be like? Big, icy, rocky, and sublime!
Posted by Joel Kauffman at 8:23 AM 3 comments: 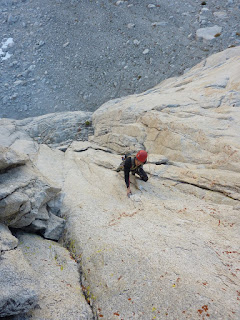 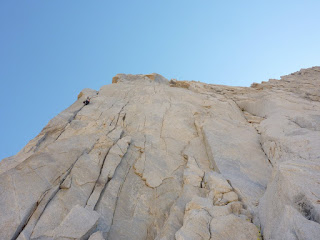 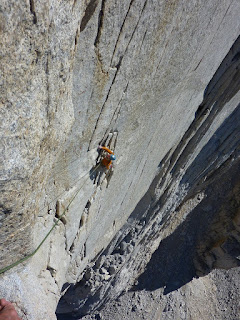 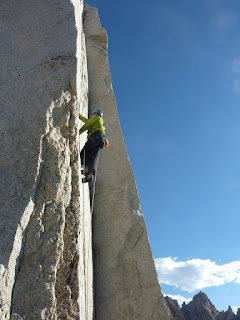 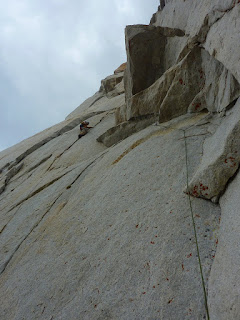 1st pitch of the Sunspot route 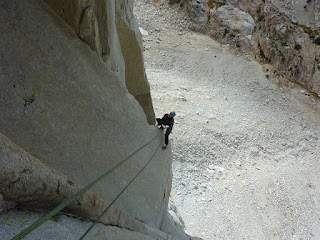 G checkin' out the entrance to Airstream 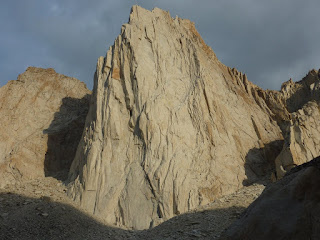 As if all I do is climb at the Incredible Hulk...wouldn't be so bad! At long last, Los Hermanos Kauffman have been reunited, again for crushing! Joining us on this mission, ultra send-bot, "G Dubble" Collins, rope-gun, zazen master...
After my first attempt on Positive Vibrations a few years ago and subsequent various mishaps, we finished the route in style and loved it all!
The next day tried Sunspot Dihedral, and realized our bodies weren't ready for more Hulkage, with 3-man hanging belays. In my experience, it takes a few tries to get these incredible routes figured out and sent. We'll be back!
Stay tuned for Half Dome in a day photos with Kinloch Mason Earle!
Posted by Neil Kauffman at 11:17 AM No comments: