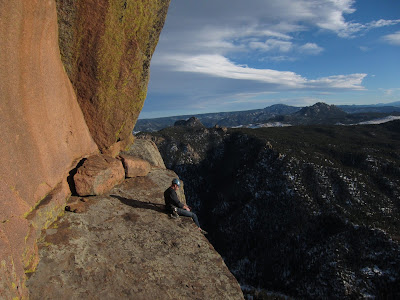 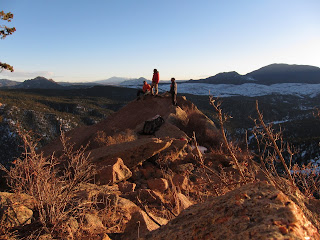 Boulder Canyon and "the center of the universe" 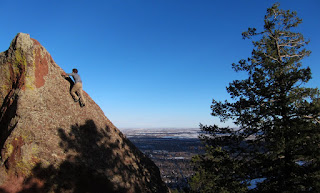 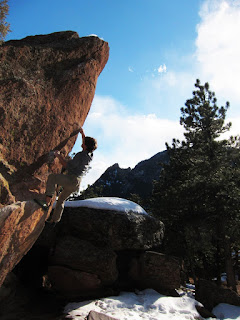 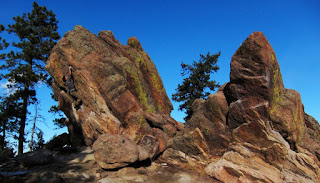 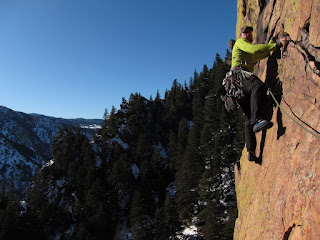 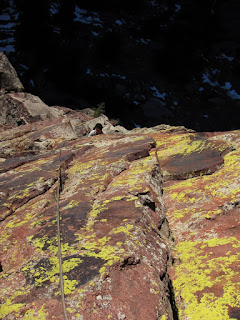 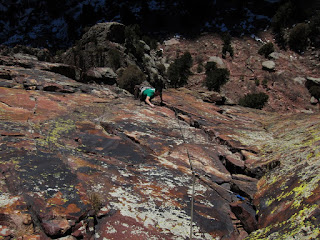 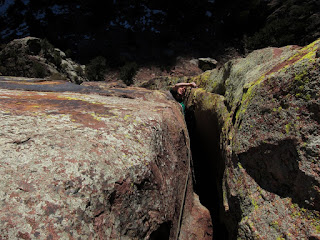 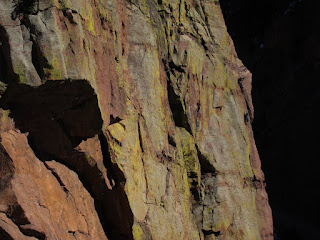 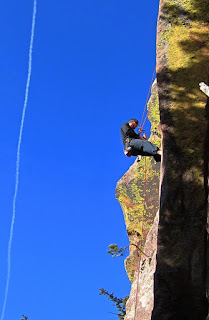 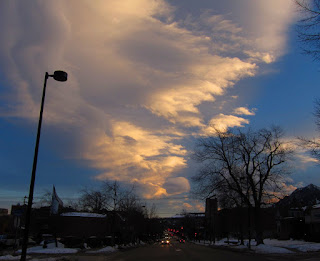 Its windy here in winter...
makes for some great clouds


I never realized how windy Boulder can be; the Chinooks come in hard and rip over the extensive foothills onto the desolate plains where nothing stands in their way. How east far is the nearest real tree anyway? Some even consider Boulder to be the Midwest, but I've never bought it.

Shoulder PT is going well and I've been climbing on it for about a month now after the infamous downward/sideways dyno on Tradewinds. The diagnosis from the doc was a SLAP tear of the labrum, and a partial tear of the supraspinatus tendon. Ultimately, I was out the game for 10 weeks, which has been pretty devastating considering I'm basically an unprofessional climber. People offer positive encouragement, citing all your free time to do new stuff, and appreciating something lost. Well its BS, climbing is what I love, and not having it is a serious hit to my psyche. On the up side, I don't need surgery, and I'll to be back to full strength this spring. I've been doing tons of core training, and that has been a huge boost to the overall climbing strength. If you want to be a better at anything, do intense ab workouts.

After you've read this, put down your smart phone, and considering actually interacting with someone, even if they're a "stranger". One of the best things about leaving the US for the last three winters has been not being here. Technology is seriously affecting abilities to communicate with others in real time, and living in a populated area has made me realize just how disconnecting being fully connected is. Turn off the internet and have a real conversation with another human. It will do us all some good.

Fight the Rise of the Machines!
Posted by Neil Kauffman at 1:57 PM 2 comments: