Comin' In From Waaay Out

Planet Kauffman has been far outside the stratosphere and outta coms for some time now. After returning to US of A in April, we're welcomed back to Colorado by friendly faces everywhere and humble folks who love to crush it! It took a few days in Eldorado Canyon to shake off the massive inter-hemispherical flight path, then we got a little taste of winter as a spring storm blanketed the Front Range. We rallied over the Rockies in the Suby, gawking at mini-vans and rear-wheelers spinning out of control on the white stuff. After a stint around Moab bagging a few towers and catching up with the monkies in the creek, I was motivated to see some new ground. Joel returned to the Pacific Northwest, and I continued on with hash-brown enthusiast Trevor Bowman.
For the merry month of May, we explored new terrain in Arizona, sampling a fine variety course of rock types and features. Sandstone in Sedona, basalt cracks at Paradise Forks and  in Oak Creek Canyon. Flagstaff is a rock climbers wonderland, and at 7000' it's an island of refuge from the brain frying desert heat. 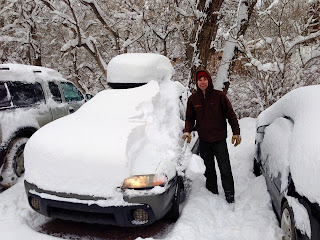 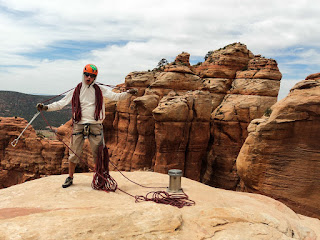 Atop The Mace in Sedona, it was windy!
A little trick Patagonia taught me, saddlebag rappels...
That chunk of metal is the summit register...and rappel anchor! 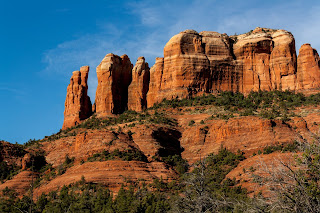 The Mace, Sedona's classic tower.
It's the one on the left 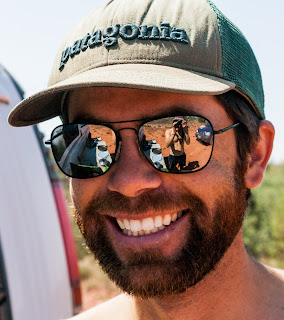 T-Bow getting excited for another 5 star breakfast feast! 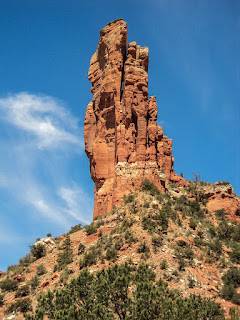 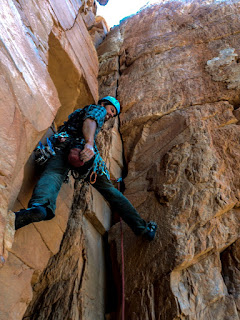 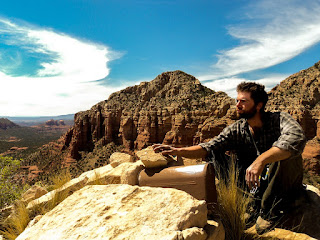 Trevor contemplating his future career as a mailman on the cumbre 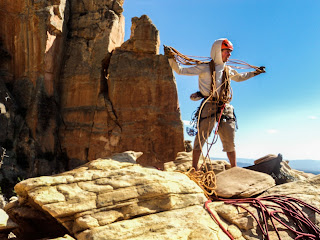 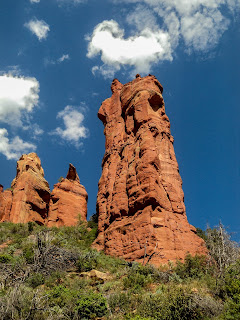 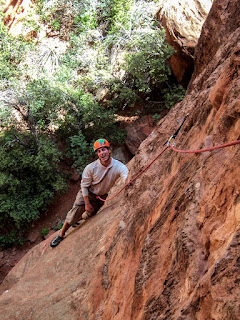 Limestone bands throughout the Sedona sandstone mix it up
This one offered wonderful face climbing! 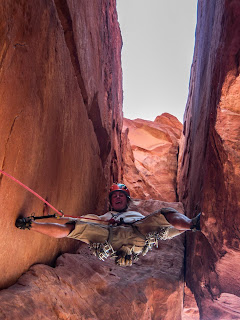 Yeah, we had a good time! 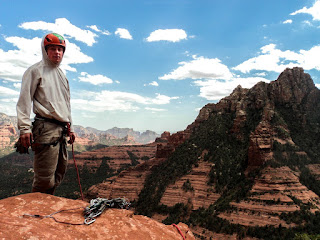 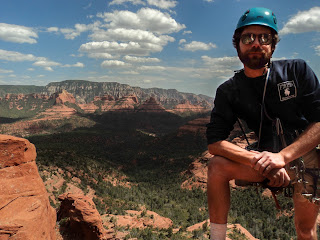 Just like in the Stanley Cup Playoffs, Trevor took up beard growing 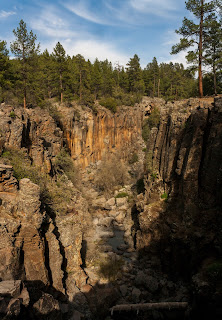 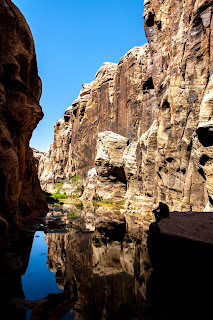 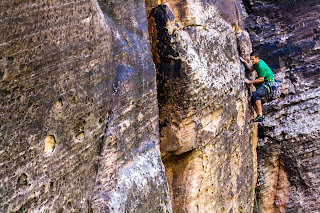 Luke left an oil pipeline in Alaska to show us around... 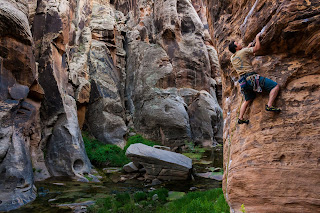 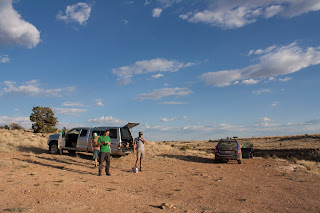 Above the canyon it's sweltering desert, but the beer stayed cold 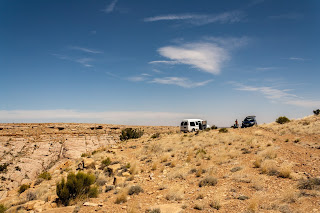 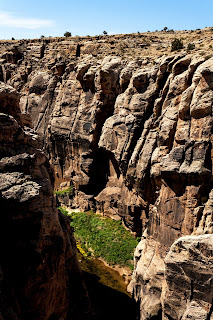 Outside looking into the goods 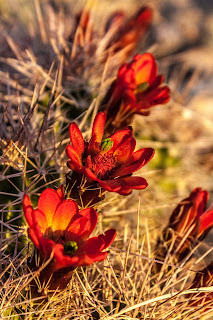