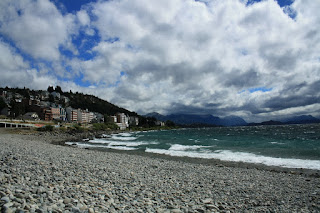 Rain clouds rolling off the mountains into Bariloche 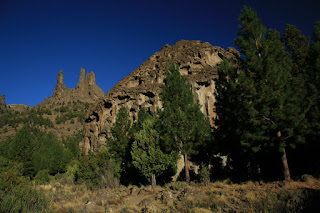 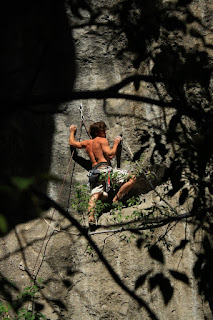 Nico calling on the inner ape

Joel and I have spent the last few days at an amazing volcanic tuff sport climbing area near Bariloche. The setting is a lush river valley with great climbing on both sides of the river. Navigating the crossing with dodgey inflatable rafts was an interesting exercise in balance and rather adventurous! The climbing here is wild, very steep, often with great hueco jugs and pockets. Grabbing a huge hold on overhanging terrain and cutting the feet loose awakens instincts from our ape-man roots; hard not to let out a monkey call!! The ambiance of the forest and bulbous tuff towers adds to the primeval aura of this wonderful zone.
Stay tuned as we head North for the last part of our adventure, Arenales, a high alpine granite area near the wine capital of Mendoza!
Posted by Neil Kauffman at 8:05 AM 1 comment: 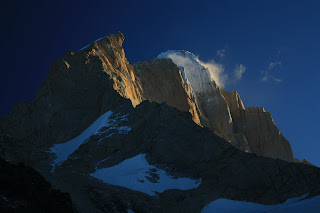 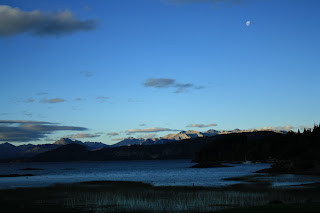 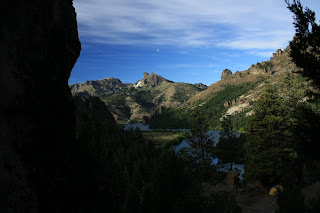 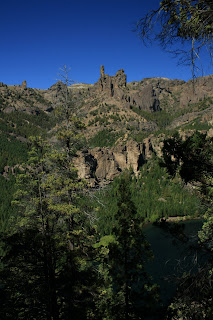 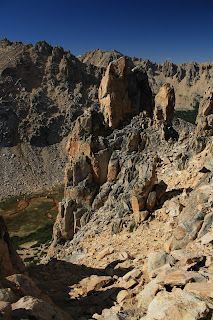 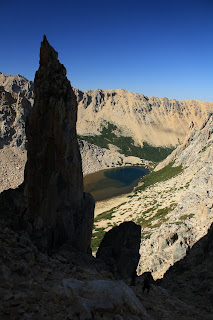 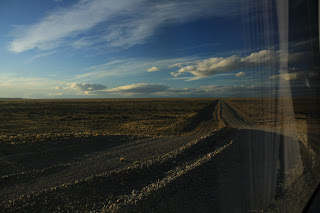 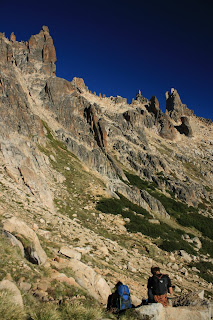 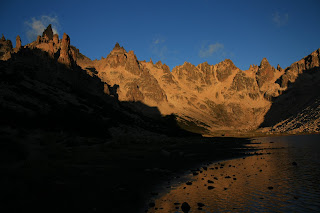 Sunrise in Frey
Posted by Joel Kauffman at 1:31 PM No comments: 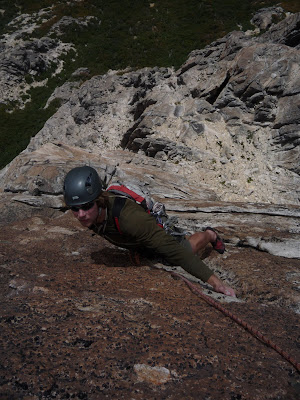 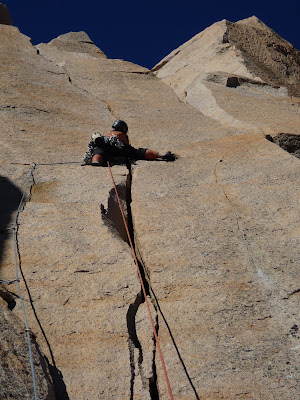 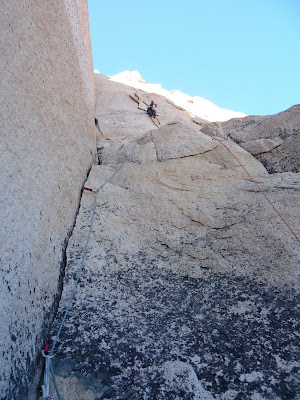 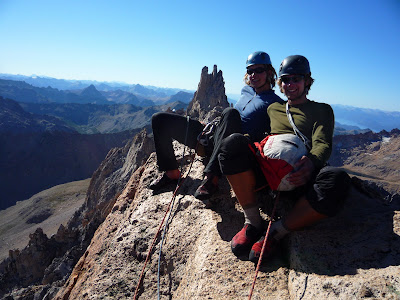 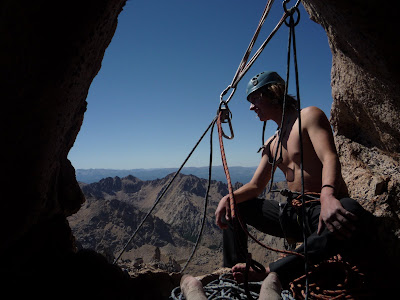 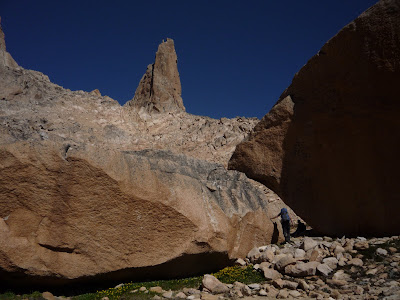 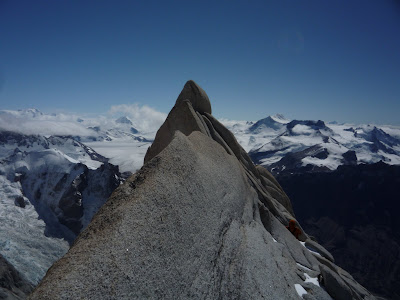 The tiny summit of Aguja Guillamet-Patagonia 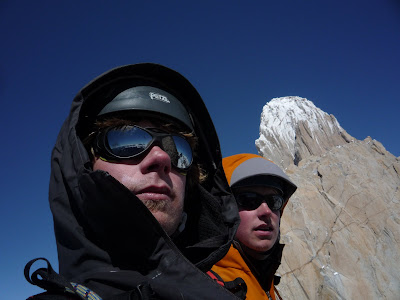 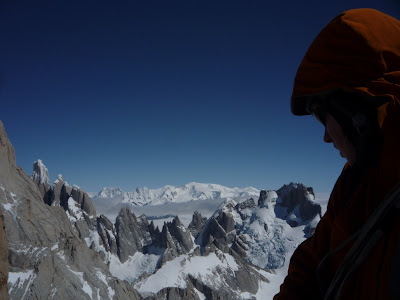 Admiring the Torres and the Heilo Continental 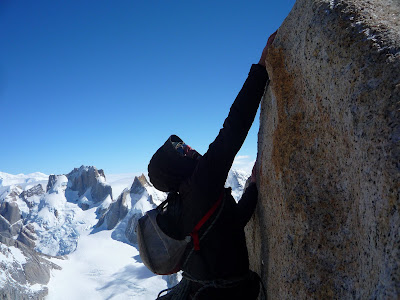 Joel near the summit of Aguja Guillamet 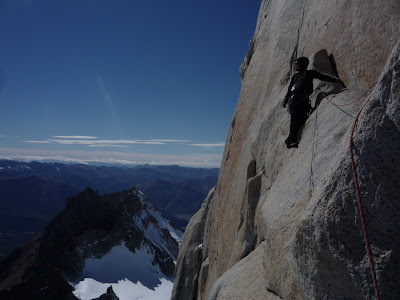 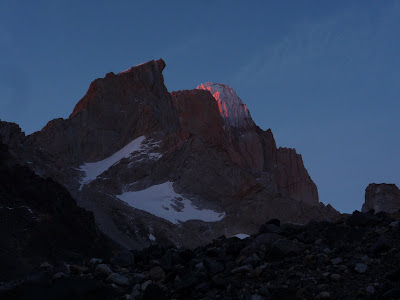 Daybreak over Guillamet, Mermoz, and Fitz Roy from Piedra Negra 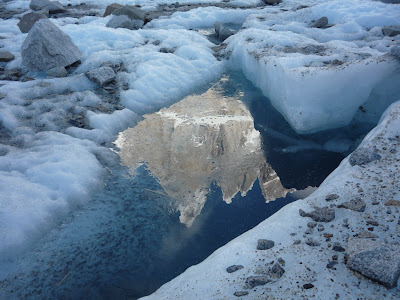 Watching fashonable Ladies trip in their high heels outside the internet cafe here in Bariloche is a far cry from the Southernmost reaches of Patagonia. Neil and I haven´t connected to Morpheus for a couple weeks and it´s been longer since we posted.

After 35 hours on the bus we arrived in Bariloche and promply went to the Frey with our Argentine friend Ceci. We were served three of the highest quality routes the place has to offer. First, Imaginate on the Slovenian Pillar led by Neil. Next, Sinestra Total (total scare) on Torre Principal led by Joel, and lastly, Objective Lunar on the Lunar Rocket led by Neil. We´ll have to share the specifics of these on the next posting, but the pictures say it all as we went from the world of ice and rock to lotsa Sol, no shirts, and amazing metomorphosed granite.
Posted by Joel Kauffman at 9:57 AM 3 comments: