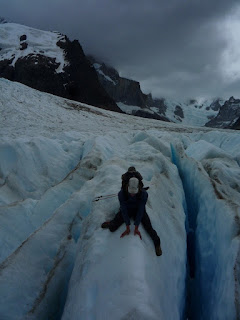 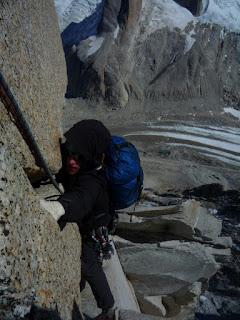 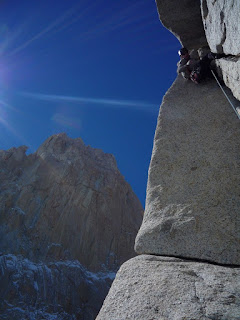 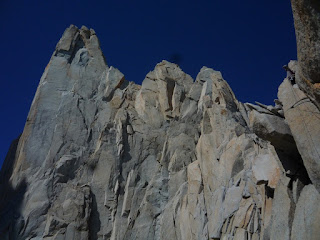 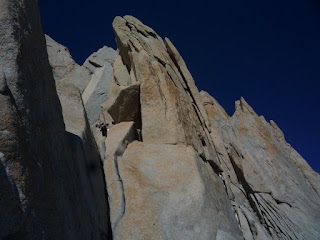 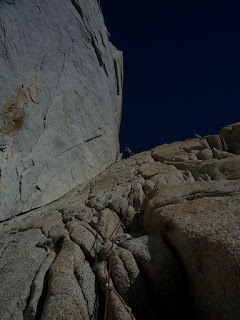 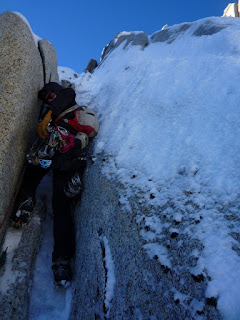 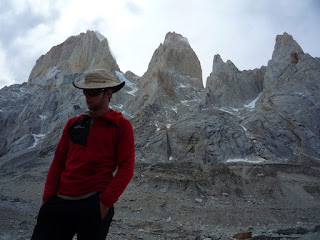 After nearly two months of unclimbable weather, February has become the season saver! Joel and I just returned to El Chalten after a 3 day mission into the Torre Valley to climb the complete West Ridge of Aguja Rafael Juarez (5.10 A2 1000m.) This thing is huge, with climbing over mellow ridge terrain, steep cracks, and challenging route finding the whole way. After psyching up in town with Jon Gleason and Ben Ditto, we all went for the same objective, climbing rock in Patagonia with our friends! It was a great experience climbing in two groups on this route, always keeping it as light as possible, even when we encountered mossy choss, wet cracks, and snow negotiated with various western techniques. As the light began to fade high on the ridge, we all began discussing the bail. Luckily for us our friends Tim Dittman and Jim Toman had climbed most of the same route a week earlier and we found their rappel anchors just when we needed them! It took us quite a while to get ourselves off the mountain, rappelling and descending snow, ice, and rock back to Nipo Nino as the sun rose once again! We were worked! After a few hours rest, we consumed all the remaining calories and hoofed it back to town feeling pretty depleted. Today is rest day number two, and we are all talking about going back up. When the weather splits in Patagonia there is no rest for the weary!
Posted by Neil Kauffman at 9:13 AM

glad you're getting some good weather!