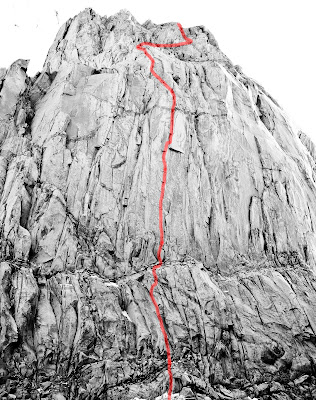 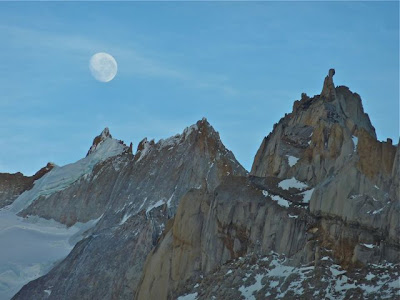 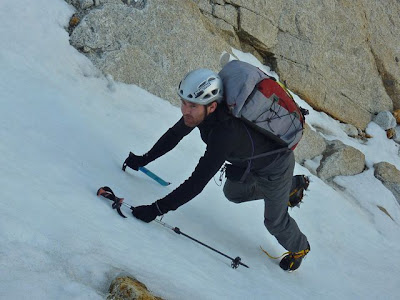 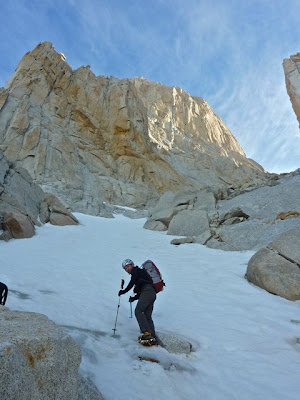 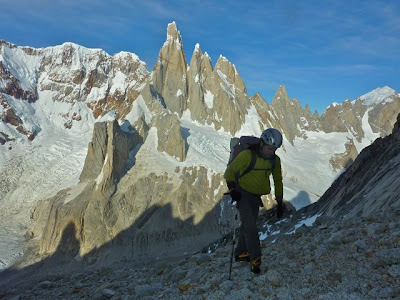 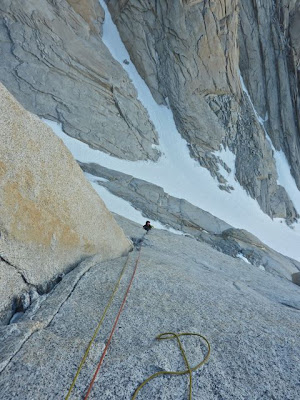 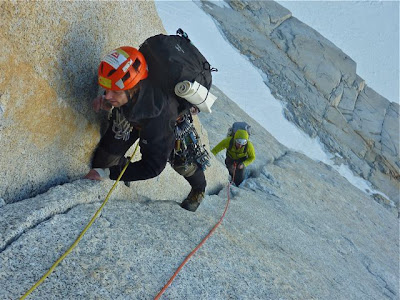 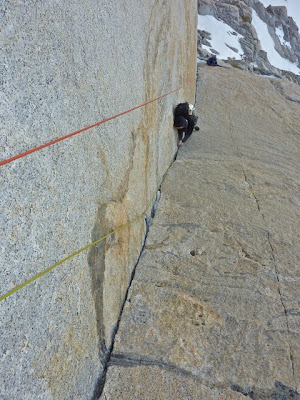 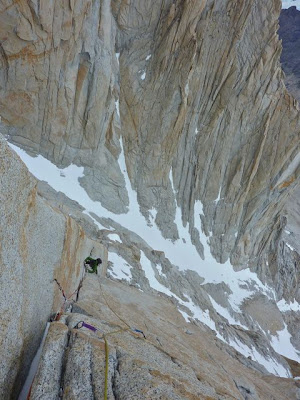 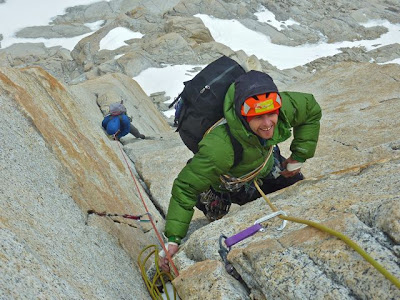 Jens Holsten is All Smiles! 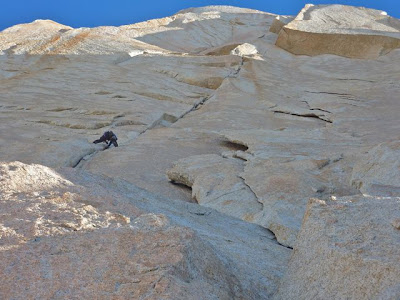 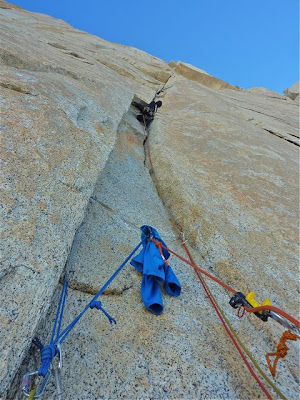 Jens leads into the steepness. 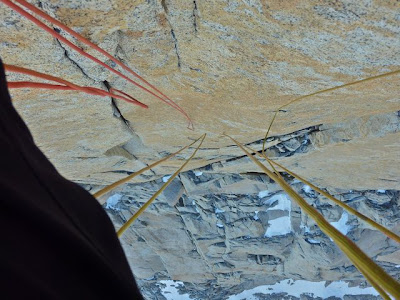 "Extraplume." Literally, more than plumb, is the term used to describe the steepness in Castillano. 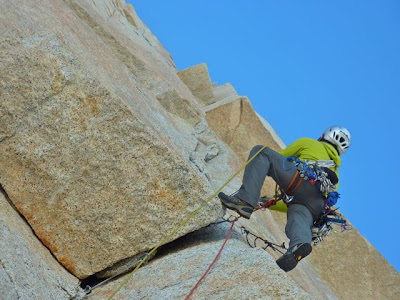 Mikey looks forward to A2. 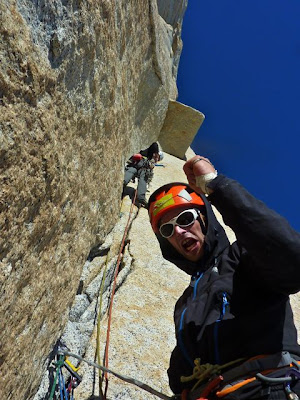 We cultivated psyche when our butt-floss harnesses threatened to cut off circulation to our legs forever! 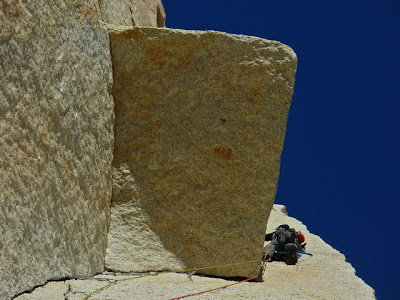 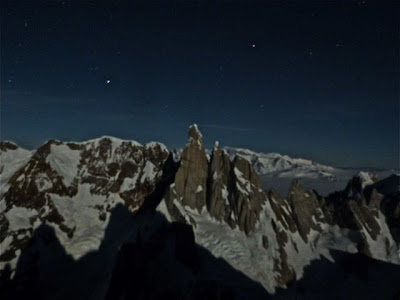 The night passed rather quickly after Jens delivered us to the Awahnee bivy ca. 0100 hrs.

Mikey stitched together a few photos to make this incredible panorama of me greeting the Torres at first light. Everyone needs to check out his amazing photos at this site. 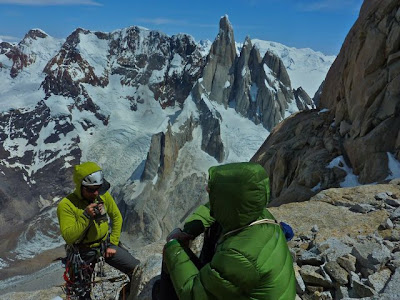 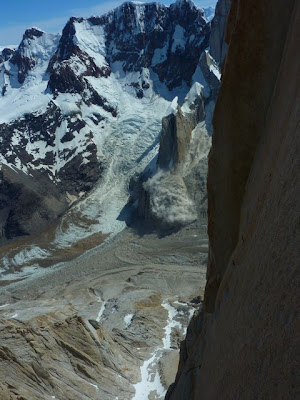 Massive rockfall on El Mocho. An example of how good weather can actually be too good... 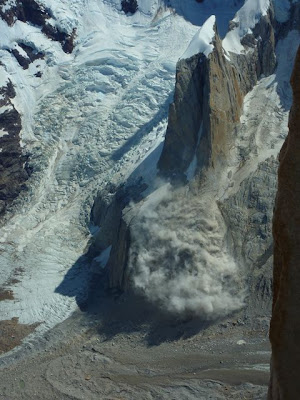 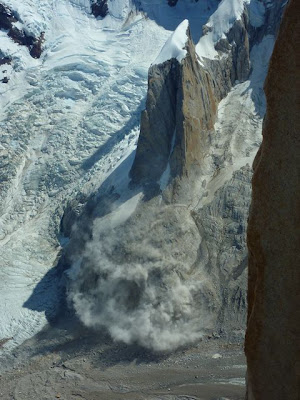 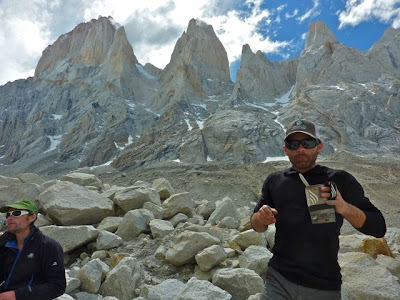 Mikey and Jens looking skinny back at camp. 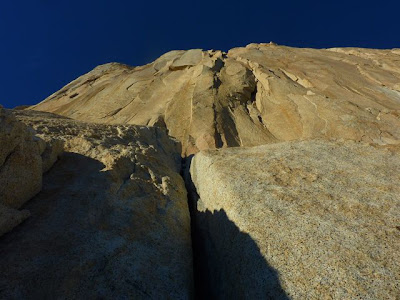 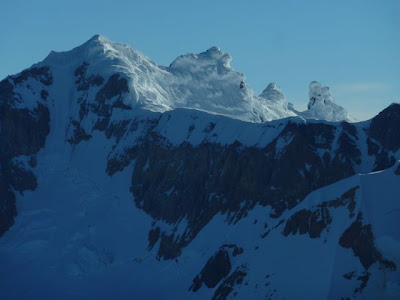 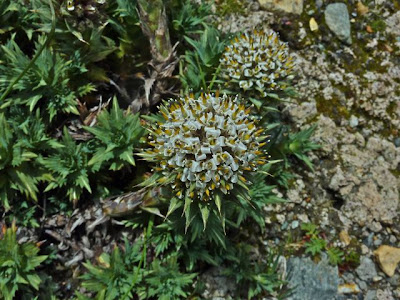 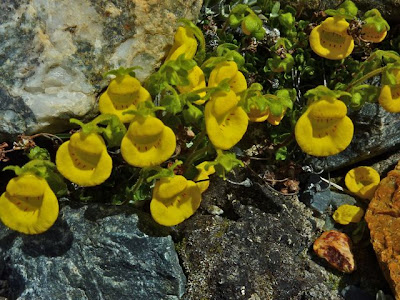 Mikey Schafer arrived in El Chalten just in time for a few days of good weather. Jens and I met him on the street as we were heading into the Torre valley with large loads. Mikey had sprained his ankle in Yosemite a couple months ago and, when coupled with jet-lag, had decided to sit out the albeit short weather window. In the mean time, he was schemeing about a much larger objective.

While Jens and I were running around the Valle Torre, Mikey was resting and meticulously planning for the next mission. He downloaded photos and topos to his I-phone, spent hours putting together the perfect tools for the job, and began religiously checking the weather. Finally, he bided his time so that Jens and I were sufficiently rested and well fed before dropping the idea on us.

Meanwhile, in the Valley of Torre, Jens and I had succeeded in carrying the loads to Niponino high camp and climbed halfway up the right pillar on El Mocho the following day. The same pillar had thwarted Neil and I a couple years earlier and provides a short approach to rock climbing. The following day we ran out of the Torre valley. Unbeknownst to us at the time, we would be returning in three days with Mikey to climb one of the biggest routes of our lives.

Getting on to the Torre glacier has become increasingly challenging. The lateral moraine supporting the final approach trail has collapsed into Lago Torre. This mass wasting event has revealed it’s true nature; a concave ice face below and house sized boulders glommed into the unsorted moraine above. It’s an entrance exam on the way in and icing on the cake on the way out. Either way, it’s looming in the back of ones mind, tucked into a little box and put away for later.

We were delighted to be accompanied by Hayden and Jason on our way in. All five of us donned helmets and somber expressions before darting across the collapsing moraine. Mikey kept pace and revealed that he felt his ankle for the first time while rushing across the unstable “trail.” We continued up the glacier, taking our time finding the easiest way. The sticky dot rubber on approach shoes does little to keep one upright while walking on the aerated ice of the lower Torre Glacier. Jen’s retort to slipping and putting a hand down, which was promptly sliced open, reminded us that every step counts in the mountains. Furthermore, this was the first event of the Journey that is best described as "eating our words." Throughout the rest of our time in the Torre Valley, no sooner would we open our mouths and an event would occur that was exactly opposite what we had just spoken to...

Jens, Mikey, and I made use of our previously established cache at Niponino. We pulled out two backpacks full of gear, set up the tent, and went about organizing the rack. Our lesurely attitude on the approach extended into the evening as we ate dinner and got horizontal around 2100 hrs. In fact, we took our time on the final approach to the route the next day and even laughed our way up the initial seven pitches of free climbing (up to 10c). However, the laughter stopped abruptly when we were forced to eat our words at the base of the headwall.

The clip-in point on my approach shoe (the front lace) failed as I sat down at the end of my lead block. From a seated position at the base of the headwall, I watched in detachment as I the shoe tumbled down the steep granite, no where near my two partners who had yet to make the final traverse. No need to yell. Only inner distain... I steeled myself for a few nights out with the extra effort of keeping the toes happy minus a toe box. I finally confided with Jens, who, understandably, responded with a barrage of questions. I answered with cultivated positivity. There was a much larger task at hand...

From our previous vantage points, the headwall looked as if it would be a perfect hand-crack. This idea was squashed when Jens led the first pitches of steep, exfoliating, cerrado como culio de munuca (closed like a dolls ass), crack. Jens's high-stepping on a 000 C3 to a hook move off an ice tool and Mikey's Rrrrrrr!!! rated (with only 3 pieces to protect a hundred feet of climbing) .75 crack and subsequent crack switch (read: large pendulum), earned them both medals of honor. At times throughout the next two days, we nearly chocked on our words.

Suffice to say, Mikey led a huge aid block on day 2 and Jens led us to an Awahnee ledge at around 0100 the next morning. All this coupled with a canister for the Jetboil that was never refilled to it's maximum and we were tired and dehydrated. I filled the three liter dromedary twice with snow from a small patch before we all passed out in our separate bivy systems.

We sat up more or less simultaneously at 0500 after enduring dreams of suffocating and having to put in ear plugs because of the increasing winds. A little water and an energy gel was "breakfast," even thought it would have taken a lot more actually break the fast. I led off the ledge and into broken crack systems with the idea of eventually breaking right to join the established lines. We simul- climbed on moderate terrain and traversed a red dike of chossy rock before beginning to see signs of the other routes.

Without much beta on the upper rambling pitches, I connected lines between tattered anchors and found my way to the base of a right slanting hands to fists crack that definitely earned extra credit as did the following steep crack off the belay. I pulled into the sun on the right side of the summit and finished the classic "spiral staircase" to gain the true high point. Looking down on my companions, Mikey stretched out more than likely asleep, and Jens seated while belaying, I realized that we had reached the halfway point.

The Cumbre is a knife edge ridge line which we walked individually. Mikey and I returned for a quick summit photo while Jens led the first of many raps. We paused before rapping the headwall to finish off the gas canister. The small amount of gas left was enough to melt a couple liters of water and rehydrate a meal. The blast of caffeine was exactly what we needed to perk our attention for the next step in the Journey.

Mikey led all the raps down the headwall (Standing ovation!!!). He rebuilt every anchor and salvaged gear from at least three different routes that we crossed. Halfway down the steepness, Jens and I looked across the Torre Valley for the source of the loud bass. It was rockfall on El Mocho. The debris ran the entire morainal approach and rock dust quickly swept over Niponino. Psycho-sematic responses included an increase in respiratory and heart rate. We looked at each other and tried to justify the fact that we had been there just a few days earlier.

Mikey belayed Jens back to the packs and we started post holing down the gully in iso-thermic snow up to our thighs. With a moderately tight rock shoe on my left foot, I quickly lost sensation in my toes. Strung out, I struggled to maintain positive as the now cold canister failed to produce enough pressure to ignite the stove. Our only food, a freeze dried meal would not be consumed until we reached base camp. Replacing the soaked socks and rock shoe was made better only by the insulated pants. When we reached the ramp I pulled off the heel of the rock shoe and the ensuing surge of blood can only be described as the "screaming barfies."

Having bragged to Jens about sticking the descent to Niponino in the dark during my first season, I took over the lead and turned off my headlamp. Would I be eating my words one last time? The ambient light from a nearly full moon illuminated the rubble strewn Torre glacier. I turned my lamp on again and slowly picked my way through the morainal debris. I used a combination of terrain recognition and intuition to bring us in above camp and then reset the trajectory for the large boulder which our tent hid behind.

It’s not the same without my longtime patagonian climbing partner and brother, Neil. He and I understand each other on a level that goes far beyond any other relationship in my life. Neil knows what I’m thinking and vice versa. Therefore, we easily move beyond the communication barriers that limit most of my relationships and get down to the true meaning. Neil came up with the name of the route, Rise of the Machines, after the Terminator theme (Judgement Day is right of our line). I requested his help in leu of our fading creativity (Direct South Face and Eat Your Words didn't ring in our ears). Muchismo gracias hermano!!!

Talking to Neil over the phone, he described how to quickly regain psyche after large routes. In doing so, he quoted one of our Argentine friends, Matheas, “Lots of rest, lots of meat, and a girl.”

Huge thanks to Mikey and Jens! The Rise of the Machines would not have gone down without Mikey's inspiration and skill and Jens's psyche and hardman status!

Rise of the Machines in the news: