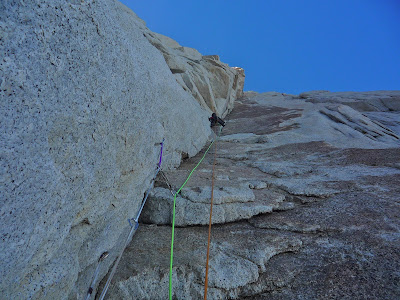 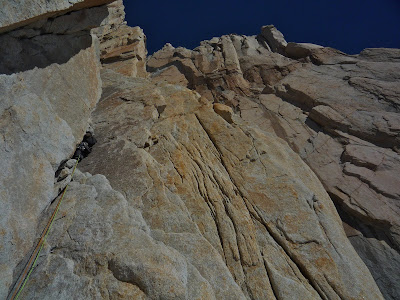 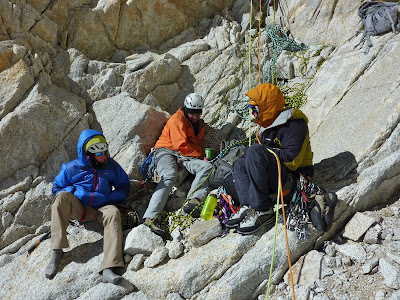 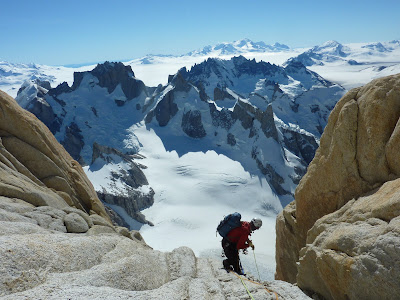 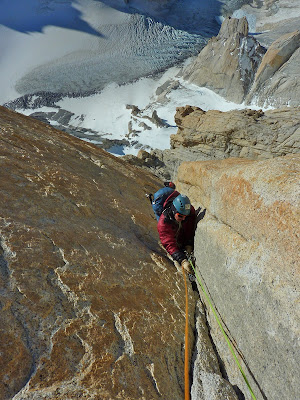 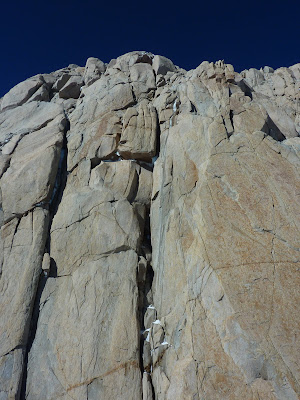 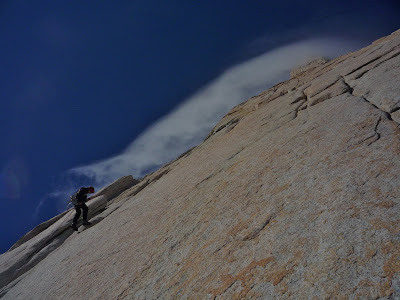 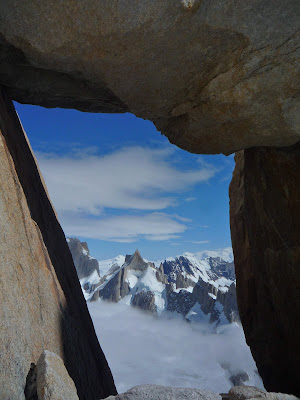 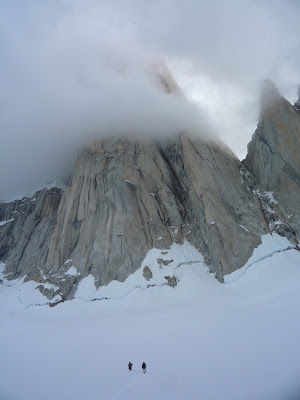 "The route was initially climbed to the top of the pillar and saw 5 or 6 repeats to that point before an integral ascent was completed. The first ascent party took ten hours to the top of the pillar. The name of the route was an attempt to keep up with Pedrini’s nearby “argentinismo” (Chimichurri y Tortas Fritas). Dusnik and Vrsnik did the first integral ascent of the route, climbing it over two days, making one bivy 20 pitches up and reaching the summit at 9PM of their second day. Thomas Melling (Norway) and Magnus Eriksson (Sweden) followed behind them, making an ascent of the lower part of Mate-Porro to Gringos Perdidos to the upper Casarotto route." Rolo
Palabra!!! Ten hours to the top of the pillar is FAST! We are in awe of the style Rolo and Poroto climbed in and seek to emulate their achievements. All of us shared in the frigid shower as the rime on the upper headwall began to melt. Timing is everything!
Posted by Joel Kauffman at 6:08 AM

We are going to Patagonia for the coming season, and I am very keen to try this route. Do you have a Route Description of any kind? Pitch-by-pitch grades, etc...? Any beta on this route, and others that you would reccommend would be greatly appreciated.